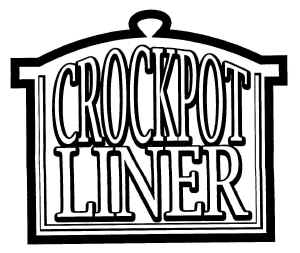 The Crockpot Liner reduces the time required to clean crockpots by forming a barrier between the crockpot and the food. The liner includes a flexible liner wall with sufficient thermal properties to withstand the cooking temperature of a crockpot and a top margin with an opening through which food can be inserted or removed. The liner wall is secured to the crockpot body. The top of the Crockpot Liner contains a seal which allows the liner to easily be opened or closed. 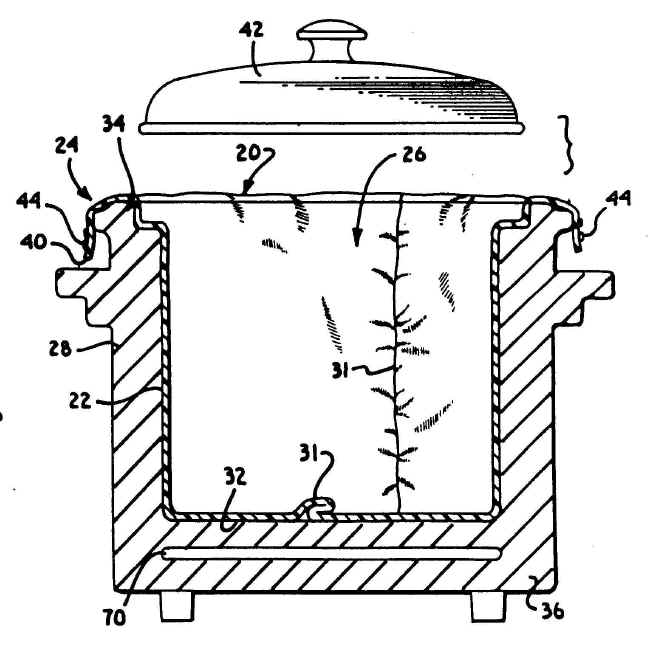 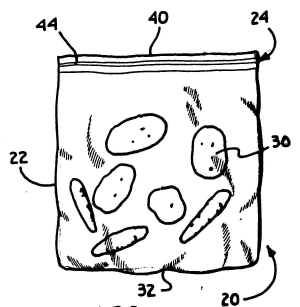 BRIEF DESCRIPTION OF THE DRAWINGS: (The numbers correspond to the numbers in the drawings.)

Figure 1 is a cross-sectional view of a disposable Crockpot Liner placed within a crockpot.

Figure 2 is a view of the Crockpot Liner liner of Figure 1 in an originally sealed condition and containing food for cooking in the crockpot.

The liner (20) shown in Figure 1 is disposable. The liner is a strong but flexible, heat tolerant bag made from a liner material (such as a thermal plastic compound or aluminum foil) capable of transmitting heat and having sufficient thermal properties to withstand crockpot-cooking temperatures without rupture or other failure. The flexible nature of the liner wall allows it to fit in various sizes of crockpots. The liner wall is also thin so as not to take up much of the cooking area within the crockpot body. Further, the liner wall has a sufficient height to extend up and over the rim of various sizes of crockpots, while the closed base of the liner wall rests on or near the base of the crockpot body.

As illustrated in Figure 2, the top margin (24) may include a seal (44), such as a tongue and groove zipper-type seal, which allows the user to seal the liner when it is not in use. In the sealed condition, the food can be held within the liner wall without risk of spillage. This allows for meals to be pre-packaged and stored in the freezer for later use. Such a configuration also allows for the liner to be sold with pre-packaged food in stores in the same way that stores sell existing frozen food products.

Please contact Market Launchers at (217) 224-7735 for the name and phone number of the inventor, or send her an e-mail at: [email protected]

Back to the MarketLaunchers.com home page