Target Base TM was chosen as an Editor's Pick in a recent issue of Sporting Goods Dealer magazine: 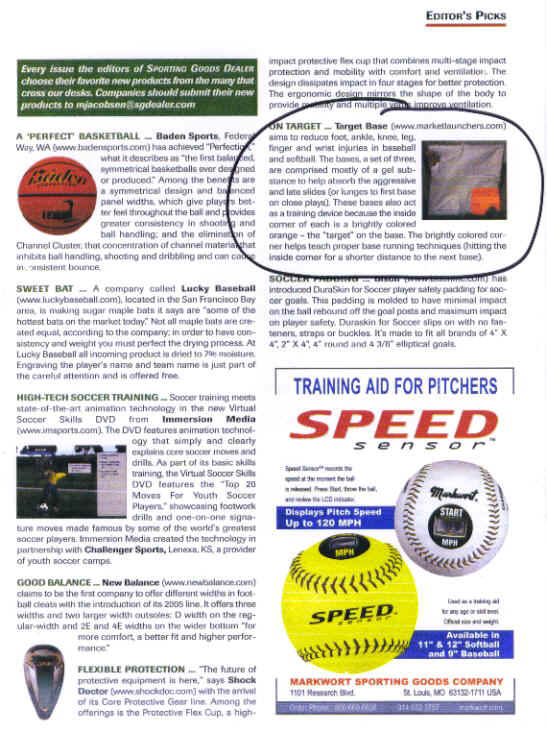 Baseball/softball players suffer frequent foot, ankle, knee, leg, finger and hand injuries.  This uniquely designed Target Base greatly reduces the risk of injury.  The target is a neon orange inside corner of the base which is visible to the runner and fielders.  The rest of the base is made of a special gel which absorbs the impact of slides and remains stationery.  These weather-proof, spike-proof bases are designed to facilitate a safe slide for the novice player, yet enhance the serious players' aggressive slides.  It improves skills and teaches proper base running techniques.  The Target Base is tested and proven.  Brochure and video available upon request.

Testimonials from coaches and distributors:

Target Base fits all posts in existence through its re-modified plastic support on the bottom of the base. This support keeps the base from moving. Video tape and free Target Base T-shirt available to serious inquiries.