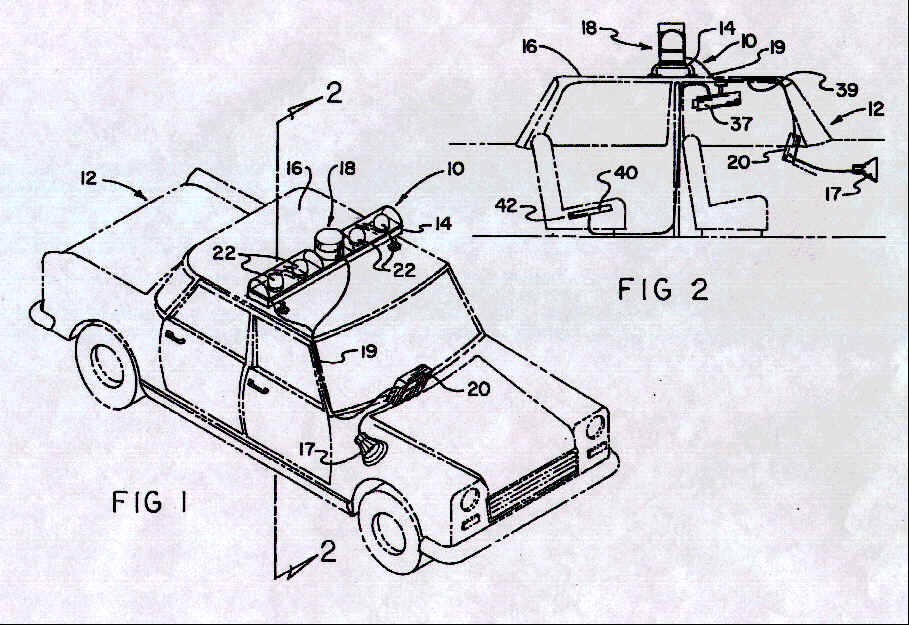 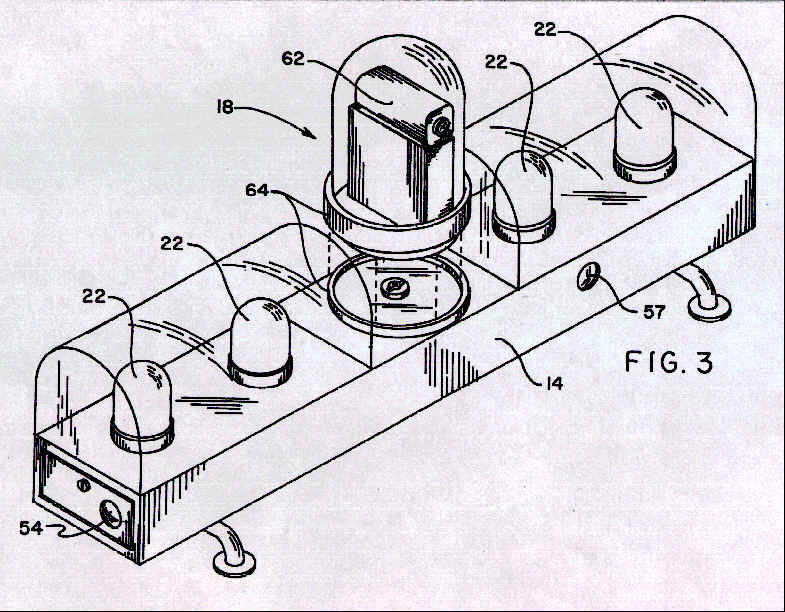 This product uses a radar gun that is placed on top of a police car, and is remote-controlled inside the car by the officer. The inventors have heard that the present radar gun is causing cancer to police officers.

Cameras placed inside the light cage on top of the police car are activated by turning on the siren and the flashing lights. The camera is designed in such a way that makes it difficult for the officer to turn it off. The camera has an automatic timer that causes it to shut off one hour after the siren and the flashing lights turn off. The only camera that is an exception to the above is the camera shown in the picture below, which is activated by weight that is applied to the back seat of the car (the pressure applied could be by a person or object). It is deactivated when the person/object is removed. (Please see the picture below.)

This is designed to prevent any misunderstanding or any wrong-doing by a vigilante police officer. Also, this helps prevent bodily harm or injury to any law-abiding citizen. It discourages police officers from breaking the law when there is reasonable suspicion that a crime is being committed or is about to be committed. An officer cannot commit acts of violence against the people he has sworn to protect. The product, from a taxpayer's point of view, will cause the officer to approach situations cautiously. The officer will know that the public are the jurors, and they will view negligence as being unacceptable.

Hopefully, the neighborhoods will feel safe, protected and less threatened; and possibly it will bring about a better relationship between high-risk neighborhoods and police officers.

1.    The system is to be installed on police vehicles.

2.    It provides remote activation of a radar gun, lessening the exposure of the officer to cancer-causing radiation.

3.    Video cameras are automatically activated when the lights or siren are turned on.

4.    It provides a complete video record of the actions of both the police officer AND suspect.

5.    It helps ensure that the officer follows correct procedure and guidelines.